back to Associates page 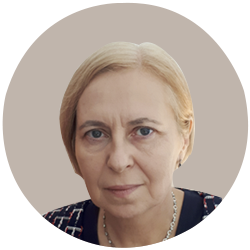 Dr. Agnes Czimbalmos believes effective change, both at the human and the societal level, come from a measured, rather than a sweeping, approach. Dr. Czimbalmos understands that even the most well though-out development plan will always produce an undesirable by-product, be it in opportunity or political cost. Like a rock climber who only takes the next step once her current footing is assured, Agnes seeks sustainable improvement in quality of societal life one revelation at a time.

Dr. Agnes Czimbalmos was a practicing pediatrician and developmental psychologist for more than ten years before spending a few years in academia which were followed by a 20-year career in public health punctuated by stints at the world health organization and, later on, the European Commission. Dr. Czimbalmos now consults on program evaluation and audit projects.