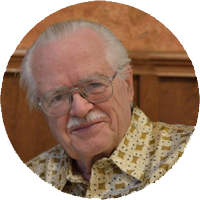 Mr. Gunter Rochow founded Capra in April 1987, driven by a keen desire to extend his extensive public sector expertise into the private sector. Capra’s international work began in 1990 as a single-consultant initiative for The World Bank and flourished into a network of over 80 global associates with a project reach of 196 countries.

The effectiveness of his international work had an early start when Mr. Rochow’s work in Colombia for The World Bank resulted in Presidential Decree 2151 of December 30, 1992 instructing about 165 Colombian governmental departments and other public entities to apply the labour adjustment methodology which he had developed, based on Canada’s Industrial Adjustment Service, of which he had been the national Administrator.

While Capra had undertaken its first evaluation in 1993, global evaluation work went into high gear ten years later when executing a 19-country project for the World Trade Organization. Major evaluation projects followed, which were undertaken with entities of the Government of Canada, the Inter-American Development Bank, UNDP, WHO, UNICEF and other national and international organizations.

Capra’s success, over the years, at all levels, is attributable to a well-integrated triangle of (1) professional competency, (2) total commitment to a client’s needs, and (3) respectful collaboration within its wide network of culturally and linguistically diverse professional associates.